To understand the role of probiotics influencing your health, it is important to first grasp the role of the normal intestinal microbiome (bacteria living in your gut). The human gastro intestinal tract is host to over 1000+ bacterial species weighing up to 2 kg, with bacterial cells outnumbering human cells by 10:1.

These bacteria facilitate digestion, nutrient provision, and shape our immune system. They also produce several nutritional factors including several B vitamins, vitamin K, folate, and short-chain fatty acids. Also up to 10% of an individual’s daily energy needs can be derived from the by-products of bacterial fermentation. Gastrointestinal microbiota are also critical for normal immune system development and their impact on health is substantial enough to have earned the label of “other organ” from some.

Probiotics are live microorganisms, such as bacteria or yeast, that when administered in adequate amounts confer a health benefit to the host. They are found in many different forms such as yogurts, fermented foods, tablets, capsules and sachets.

Probiotics are generally considered safe for healthy people of all ages. However, people whose immune system does not function properly may be at risk when taking a probiotic and should seek specific advice from a doctor or dietitian. 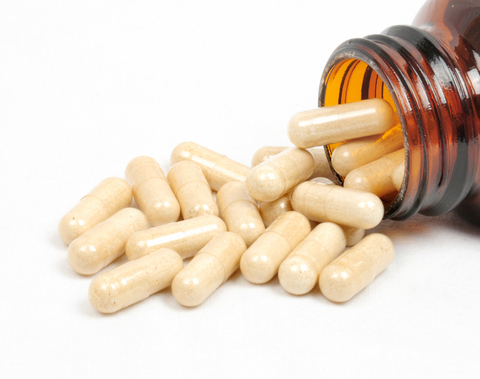 What are their benefits?

Taking a course of antibiotics

Antibiotics are really useful at fighting off bacterial infections, however they also cause major changes to the balance of our gut bacteria, which sometimes results in bacterial imbalances…aka dysbiosis and further issues such diarrhoea, constipation, bloating and sometimes inflammation.

To help probiotics must be taken as soon as you start the antibiotics usually 2-3 hours apart from your antibiotics and continue for at least 6 weeks after the end of the course. Ask your dietitian what type of probiotic is best to take as not all products are suitable .

Travellers’ diarrhoea can occur due to a bacterial or viral infection during or following a trip to specific countries. The symptoms are passing watery stools three or more times a day, either during or shortly after travelling. It usually lasts for around three to five days and is a common but usually mild illness that is spread through poor hygiene. A review of 12 different studies has shown that overall probiotics can reduce the chance of you getting travellers’ diarrhoea. If you are going to a part of the world where travellers’ diarrhoea is common then you might consider taking the probiotic Saccharomyces boulardii or a mixture of probiotics called Lactobacillus acidophilus and Bifidobacterium bifidum for the entire holiday.

Constipation is common in Australia and its symptoms include infrequent bowel movements, hard stools, a bloated stomach and straining. Recent studies have shown that probiotics may help to ease the symptoms of constipation. If you suffer from constipation, try products that contain Bifidobacterium lactis for a trial period of four weeks. If they don’t work, try another brand and seek advice from a dietitian.

Irritable bowel syndrome (IBS) Approximately one in ten adults in Australia have IBS and symptoms include severe diarrhoea or constipation, together with abdominal pain. Some patients with IBS have been shown to have changes in the balance of their gut bacteria. Although many of the studies so far have been small and inconclusive, in general researchers have shown that certain probiotics may help to reduce symptoms of IBS, particularly bloating.  Dietitians recommend that patients with IBS take probiotics for a trial period of four weeks and review effects under supervision.

Ulcerative colitis and Crohn’s disease are both inflammatory bowel diseases that result in severe diarrhoea and major changes to the balance of the gut bacteria. Some probiotics have been shown to be very useful for patients with ulcerative colitis, particularly for helping them to stay well for longer. However, their use for patients with Crohn’s disease is not as conclusive.

Lactic acid–producing bacteria have been used for centuries in food fermentation. Many yogurts contain live-active lactobacillus cultures and are considered functional food products; however, most are not considered probiotics per se. This term is reserved for products with an adequate number of microorganisms at time of consumption specifically shown to confer health benefits in controlled human trials. This should not stop your intake of yoghurt as it has other benefits including improved lactose tolerance and the provision of protein, vitamin D, and calcium.

How long do I have to take a probiotic?

For specific advice please call 0423 954 729 and book and appointment with our dietitian Anca Vereen.